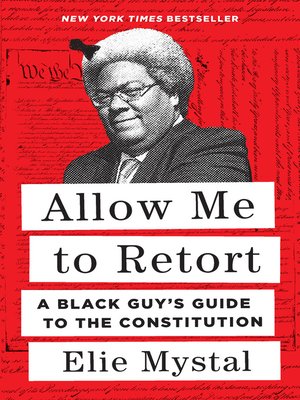 Thus begins a book that should infuriate anyone who reads it. Conservatives brave enough to take it on will be enraged by Mystal’s destruction of our most sacred document. Liberals will be maddened by how our entire republic was built upon a system designed to exclude and exploit anyone who wasn’t a wealthy, white, male landowner, and how each time we’ve tried to restructure the Constitution so that it truly speaks for all Americans, those efforts have constantly been subverted, ignored, or reversed by conservatives.

I’ve long thought it ludicrous at how many Americans deify the Founding Fathers, forgetting they weren’t one or two people but rather a large, ungainly mob who argued bitterly about how to design our national government. They forget the Founders were motivated more by self-interest and maintaining their places in society than truly establishing a free and egalitarian union. Kings were bad, yes, but that didn’t mean the common rabble should have a say in how they were governed. And, most of all, people forget that these were fucking human beings, not god-like creatures. They made mistakes. They avoided some pretty big issues in order to get a final document approved. They could never have anticipated how society would change over the next (nearly) 250 years. But a small, yet highly vocal and influential, segment of our political commentariat would have you believe those men were faultless and their judgements can never be questioned.

With that being my point of view, yes, I enjoyed this book, even if I’m not a Black Guy. 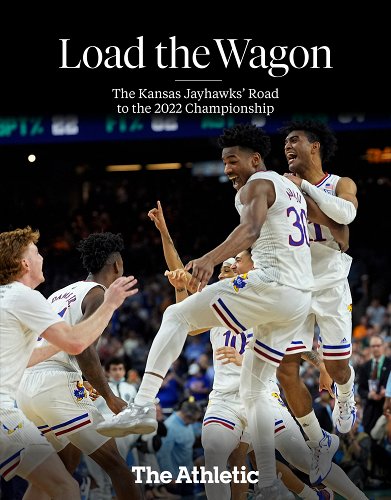 Load the Wagon – The Athletic
Not sure if you heard the news, but Kansas won the NCAA men’s basketball national championship in April. In fact, they did so on the strength of the biggest comeback in championship game history. Pretty cool!

This is a collection of The Athletic’s pieces about the Jayhawks from the entire season, going back to last September’s season preview. Most of the pieces are CJ Moore’s, but a couple of the other Athletic college hoops writers dropped in for their own pieces in late March/early April. Good stuff, even if I had read every piece at least once when they were initially published. 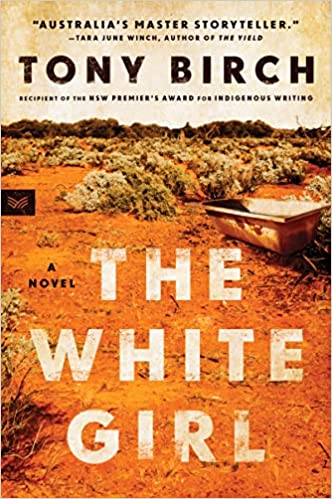 The White Girl – Tony Birch
A gorgeous novel about something I knew very little about: how the Aboriginal people of Australia were treated in the 20th Century.

At the center of Birch’s story is an Aboriginal grandmother, Odette, and her mixed-race granddaughter, Sissy, in 1950s rural Australia. Odette’s daughter disappeared shortly after Sissy was born and aside from the occasional letter, has made no contact with her mother or daughter since. Sissy’s lighter skin makes her a target for various government agencies who look to “protect” children like her by removing them from their home environments. A particularly nasty local sheriff with a God complex becomes especially interested in their affairs.

Also a threat is a local boy who sees Sissy as a target for his sexual desires since she lacks basic rights under the laws of the time.

Between the pressures felt from the sheriff and the sexual predator, and a major health issue for Odette, the duo have to sneak away from their home village and into the city hoping for a safer life. Along the way they meet an Aboriginal man who understands how to navigate the system along with several sympathetic white, government officials who assist them to land on their feet.

Birch paints an unflinching portrait of his homeland’s treatment of its native people. The ending is a little too clean and Spielberg-ian, at least for me, but that doesn’t negate the overall effect this book should have on any reader.