We’ll go a little long this week as I attempt to clean out the queue a bit after missing a week.

“The Lightning I/II” – Arcade Fire
Damn, I really should have included these two weeks ago when they first came out, but I forgot to drop them into my working list for the Friday PLs. The good thing is in the two weeks since, I’m move convinced these are great and a sign that those of us that loved early Arcade Fire but not so much their more recent stuff are going to dig their next album. This thing cooks!

“Anything But Me” – MUNA
I first heard of this trio last fall via their collaboration with Phoebe Bridgers, “Silk Chiffon.” This is a pretty great second effort. It strikes me as what HAIM would sound like if they went a little more electro-pop. I love the opening lines:

You’re gonna say that I’m on a high horse
I think that my horse is regular-sized
Did you ever think, maybe, you’re on a pony
Going in circles on a carousel ride?

“Dangerous” – The Mysterines
This does not sound like a British band at all. They sound way too tough and have too much of a bluesy edge to them. I would have said Detroit. Maybe Jersey City. Joke’s on me; they’re from Liverpool. LIVERPOOL!!! I don’t care where they’re from, this song is badass.

“Rock Bottom” – Kevin Morby
Morby is at his best when making uptempo rockers like this.

“Victory Dance” – My Morning Jacket
Monday afternoon I was waiting in the school lot to get L. Normally I am flipping around Sirius stations while I wait. To deal with my pregame stress I was shuffling through my Spotify catalog. At about 2:45 this started playing. I knew it was an omen. Turned out that was right! I’ve listened to it at least 10 times since. 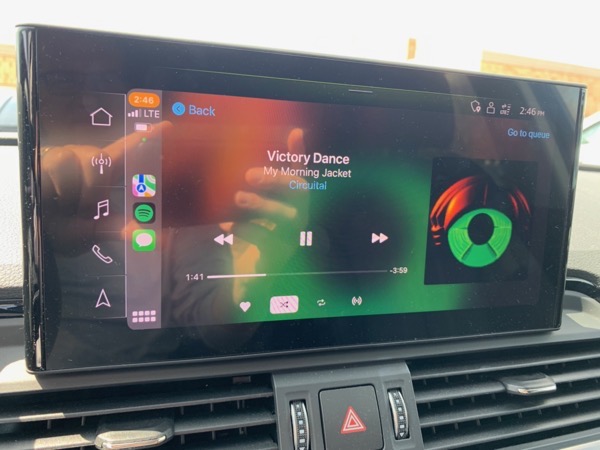 “Convoy” – C.W. McCallWilliam Dale Fries Jr. passed away on April 1 at the age of 93. After a successful career in advertising he rode the CB radio fad of the 1970s into one of the most unlikely number one songs in the history of the pop charts. I LOVED this song when I was four years old. I’m pretty sure I had some “act” I did when it came on the radio that delighted my grandparents. Different times. RIP.