I had a really good week in Washington, D.C. with L and her classmates. It wasn’t all great, but we avoided the major issues that often plague these trips.

We did A LOT. I took some notes along the way, but I think the best way to share the experience is just to list everywhere we went and add a thought or two as necessary.

Monday: Flew into Baltimore and drove directly to Arlington National Cemetery. We got to see the changing of the guard at the Tomb of the Unknown Soldier. A humbling visit that I think the adults appreciated more than the kids.
Dinner at the Pentagon City Mall (kids ate fast food, adults popped into a proper restaurant).
Then a nighttime, walking tour of some of the monuments and memorials including the World War II and Korean War memorials, Lincoln and Washington monuments.

Tuesday: Breakfast at 6:00 before heading to the Basilica of the Immaculate Conception for 8:00 mass. Props to the priest for knocking it out in 34 minutes.
The kids took a longer tour of the church site while their math teacher and I snuck out to get coffee and hang out on our own.
From there it was back to the national mall for the Vietnam and Albert Einstein memorials.
After lunch the US Holocaust Memorial Museum, which was incredibly moving. I don’t know what made me angrier: confronting the reality of the Holocaust, or knowing as the survivors and perpetrators die off, it gets easier for the lunatics out there to claim the Holocaust either didn’t happen or was exaggerated. We are doomed.
Next out to Mt. Vernon. Not sure what got into the boys, but most of them were total idiots at Mt. Vernon. They asked THE DUMBEST questions of our poor guides. One of many “I’m happy I’m a girl dad” moments. There were several other school groups on the site as well. One group was from the south (based on accents and Clemson shirts several wore) and had a bunch of kids wearing gear celebrating our last president. When a few kids in that group asked their teachers if they could visit the slave cemetery, they were told no. I thought that was very interesting for a variety of reasons.
Following dinner we made a stop and the national harbor and then a walking ghost tour of Alexandria.

Wednesday: A quick photo outside the White House first thing, before the crowds grew.
Then we had a tour of the US Capital followed by a visit to the Library of Congress.
We took the metro a couple stops to near the Washington Monument. The kids ate lunch at food trucks and then scattered at the various Smithsonian museums for most of the afternoon. The parents took a longer lunch at a restaurant.
That evening we drove back into Maryland for dinner at Medieval Times. Which was a lot mentally when you are on day three of a trip. A lot of the adults were looking at each other asking “What the fuck!?!” It took awhile to get into it, but our knight won the final battle so it all worked out.

Thursday: After checking out of the hotel we went to the zoo. We saw the pandas which was about the only thing we can’t see at our zoo here in Indy. Oh, we did see an electric eel get fed her lunch, which wasn’t as cool as I hoped because she didn’t shock it, just yanked it off the hook the handler put in the water.
Another food truck lunch on the National Mall. President Biden graced us by flying over as we ate, which I thought was a nice touch. Pretty crazy to see blocks of streets shut down as police and other emergency vehicles cordoned everything off and multiple helicopters roared in before Marine One descended upon the White House.
After lunch was the National Museum of African American History and Culture. This was L’s favorite stop of the trip, and I loved it too. I could have spent a lot longer here. The slavery section was obviously incredibly emotional. That section of the museum stretches from the beginning of the slave trade in the Americas to Obama’s inauguration. I couldn’t help but think that was fitting since this country began to drift backwards into lunacy in the years after Obama was elected.
Finally we bused out to Dulles to go to the Air & Space museum. Seeing stuff like the Enola Gay, numerous fighter jets, and the space shuttle Discovery was pretty cool.
It was a two hour drive in traffic back to the Baltimore airport and a late flight home. L and I got to our house a little after 1:00 AM.

All this was exhausting, which I think is the point. I was in the midst of one of my insomnia battles which did not help. Wednesday my body finally reset and I was able to fully recharge. Those first couple days were a little rough, though. Even with all my working out, my calves were still barking after the first day of walking.

Fortunately we had nearly perfect weather the entire week. It sprinkled on us once briefly, but otherwise was in the 60s, generally cloudy, and pleasant.

As I said, we had some issues with the boys. I unloaded on the same kid three times. He’s just an asshole and I wasn’t going to tolerate it. He’s lucky he didn’t get sent home because he violated the curfew rules at least one night.

Other than that, the kids were well-behaved. We didn’t have any big incidents. L’s class is so small we could all get on one bus comfortably (St P’s usually has a boy bus and girl bus). Our driver was excellent. M’s 8th grade year they had major issues with one of their drivers.[1] And last year’s class had the bad luck of being in a hotel that couldn’t handle a bunch of middle schoolers and the water literally stopped working one night.

We stayed in Alexandria in a nice Westin. Apparently it was quite a bit pricier than where they stayed last year, but the water worked! There was another school group staying there from Lodi, CA.[2] They were checking out Wednesday morning. I’m assuming they were hitting another east coast city, because that’s a long way to fly for just two days.

My roommate was a friend of mine who also has three daughters. M matches up with his middle daughter – they are still super close despite going to different high schools – so we’ve been friends for 13 years.

One weird thing other parents also commented on: we were constantly turned around or confused about directions. Which seems weird since we all have smartphones and many of us have Apple Watches with compasses in them. I think it was because we were all in the middle of the bus and you can only see what’s out your windows. You never get a real sense for where you are headed or what cardinal direction that is.

The Capital building was in the midst of a major exterior renovation. But there were also repairs still being done from the January 6 attacks. Motherfuckers.

This was my first time in Washington, D.C. It’s amazing how there is so much to do and see in such a relatively small area. We just scratched the surface. There were several areas I would have loved to spend more time in, but I won’t complain about cramming so much into a four-day visit.

Some pictures to close. 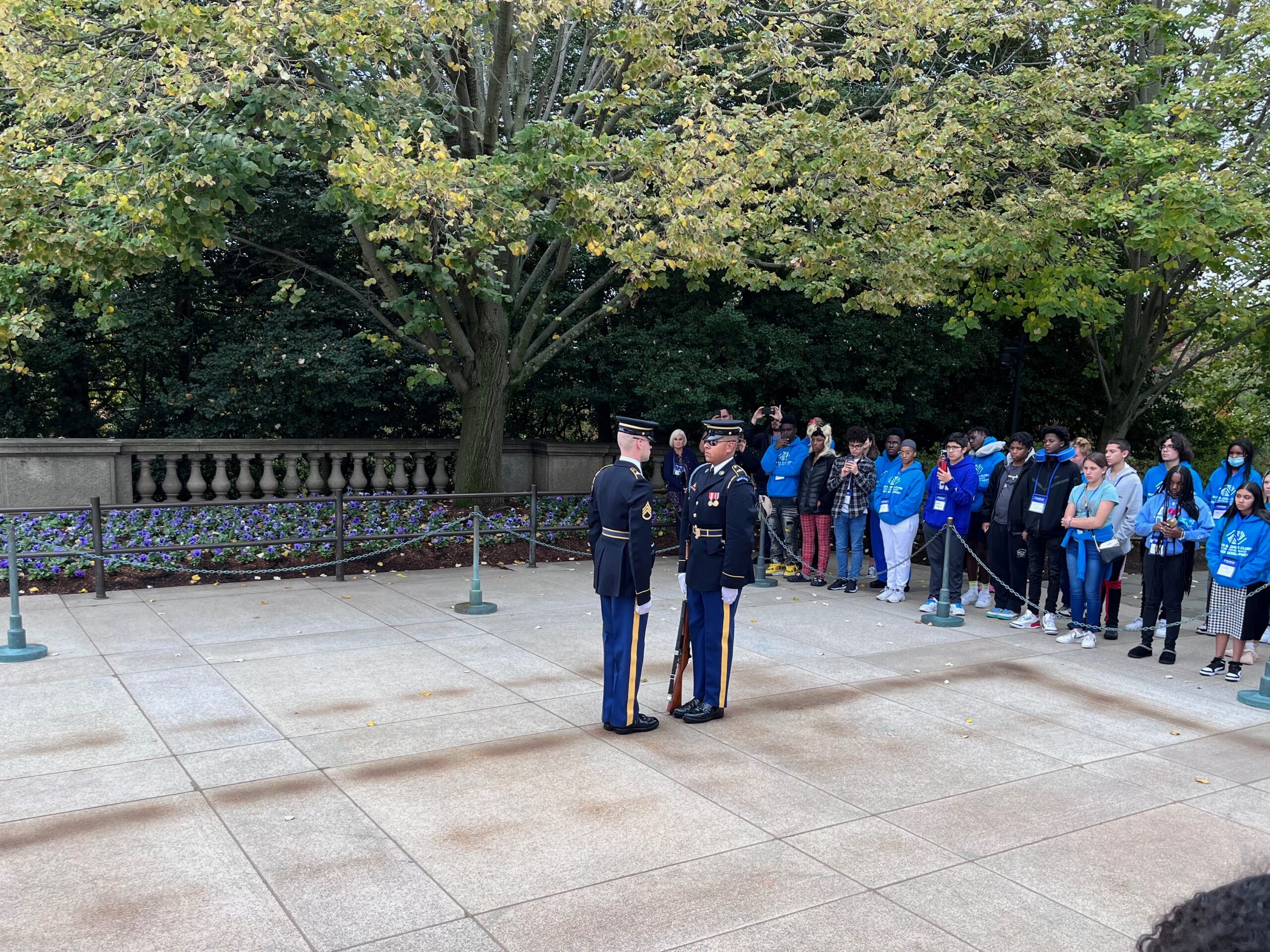 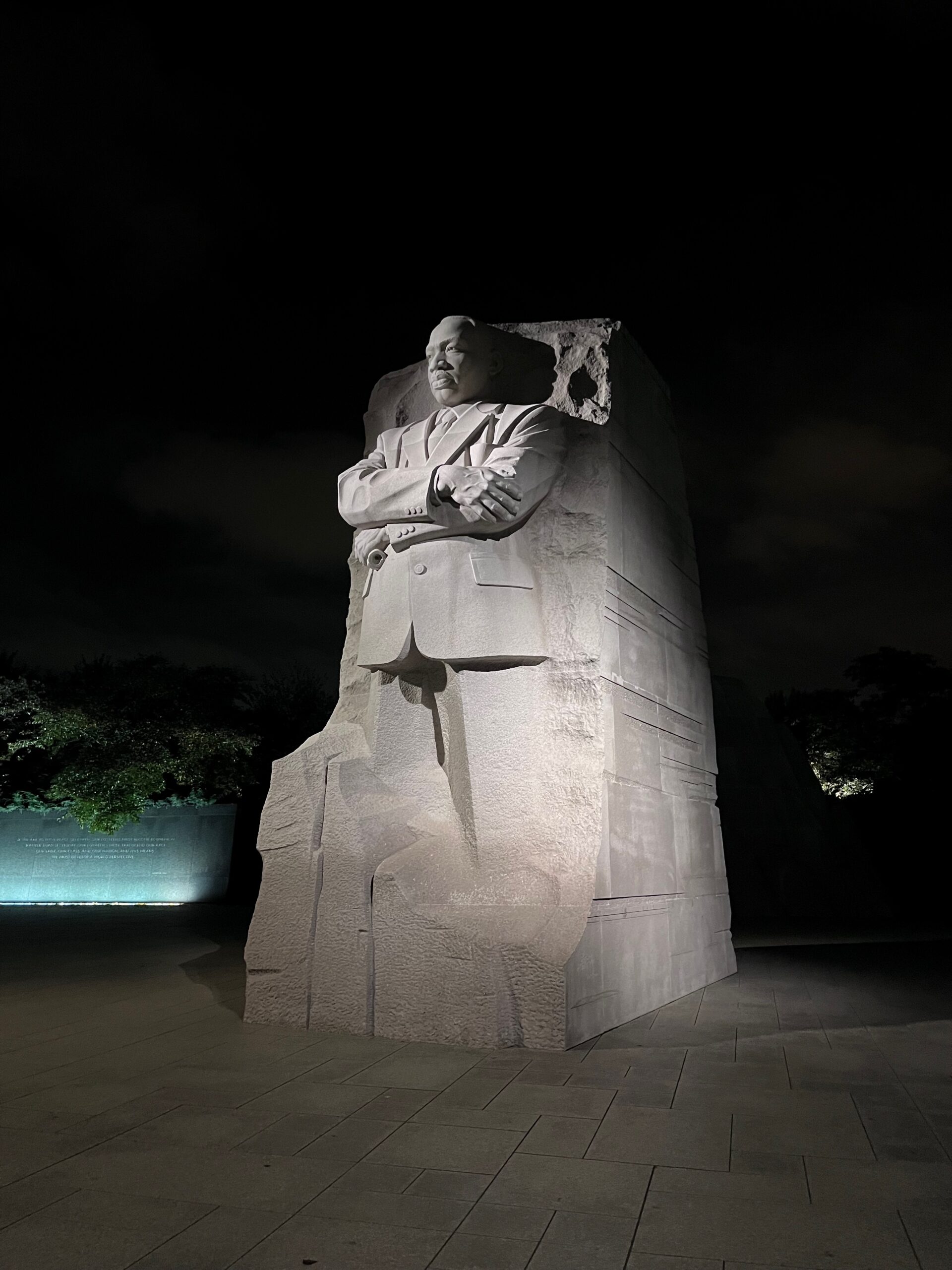 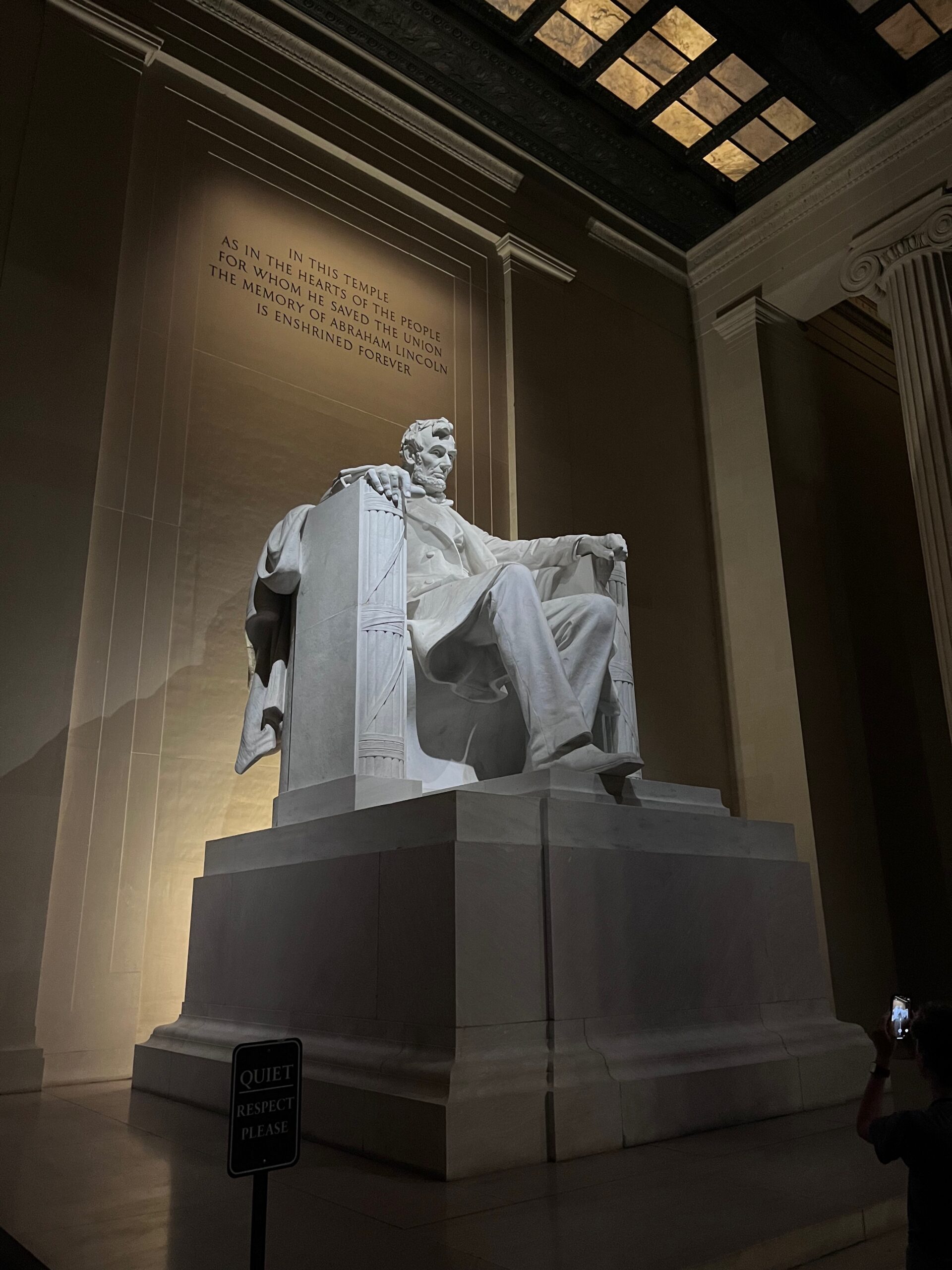 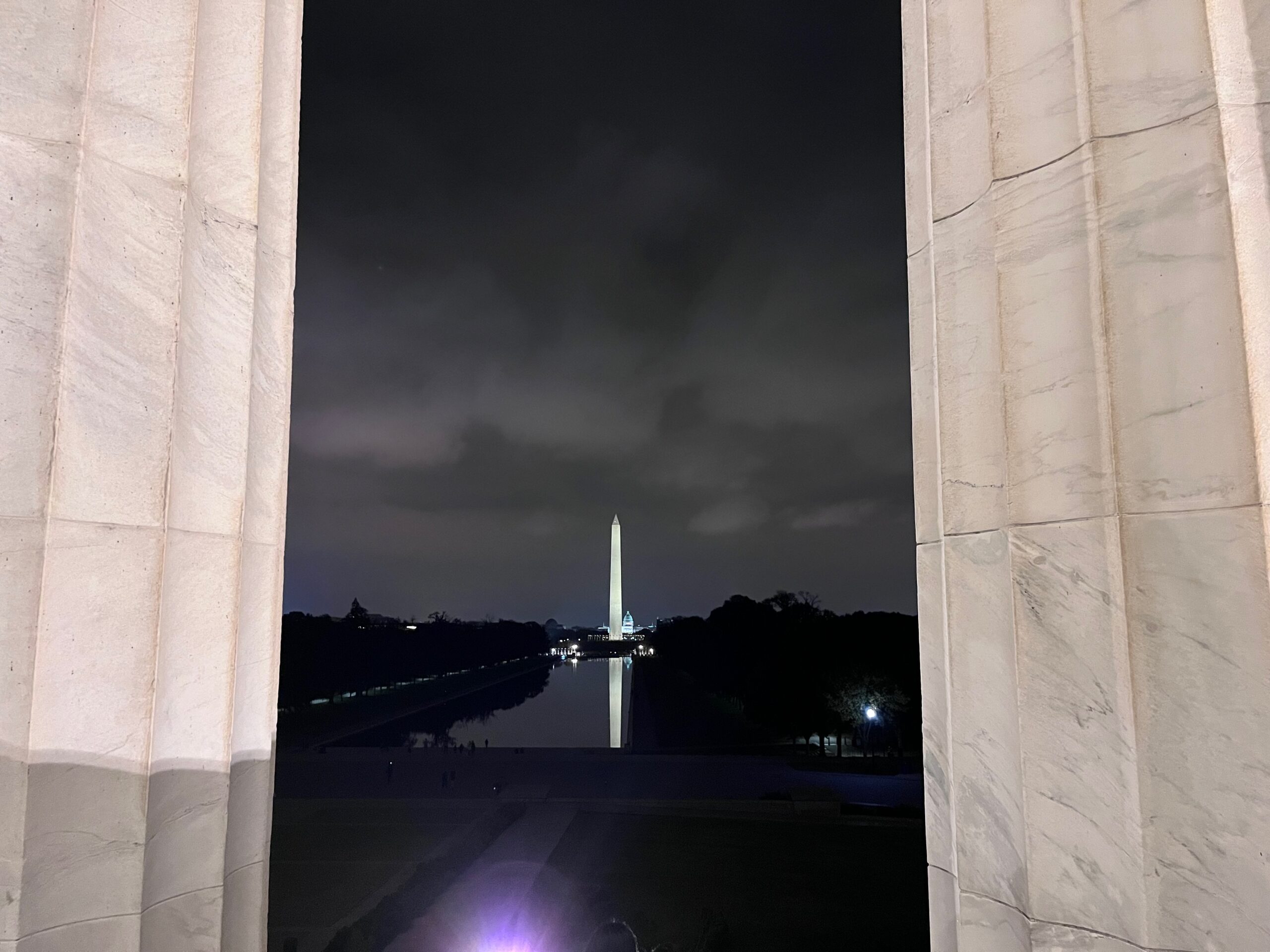 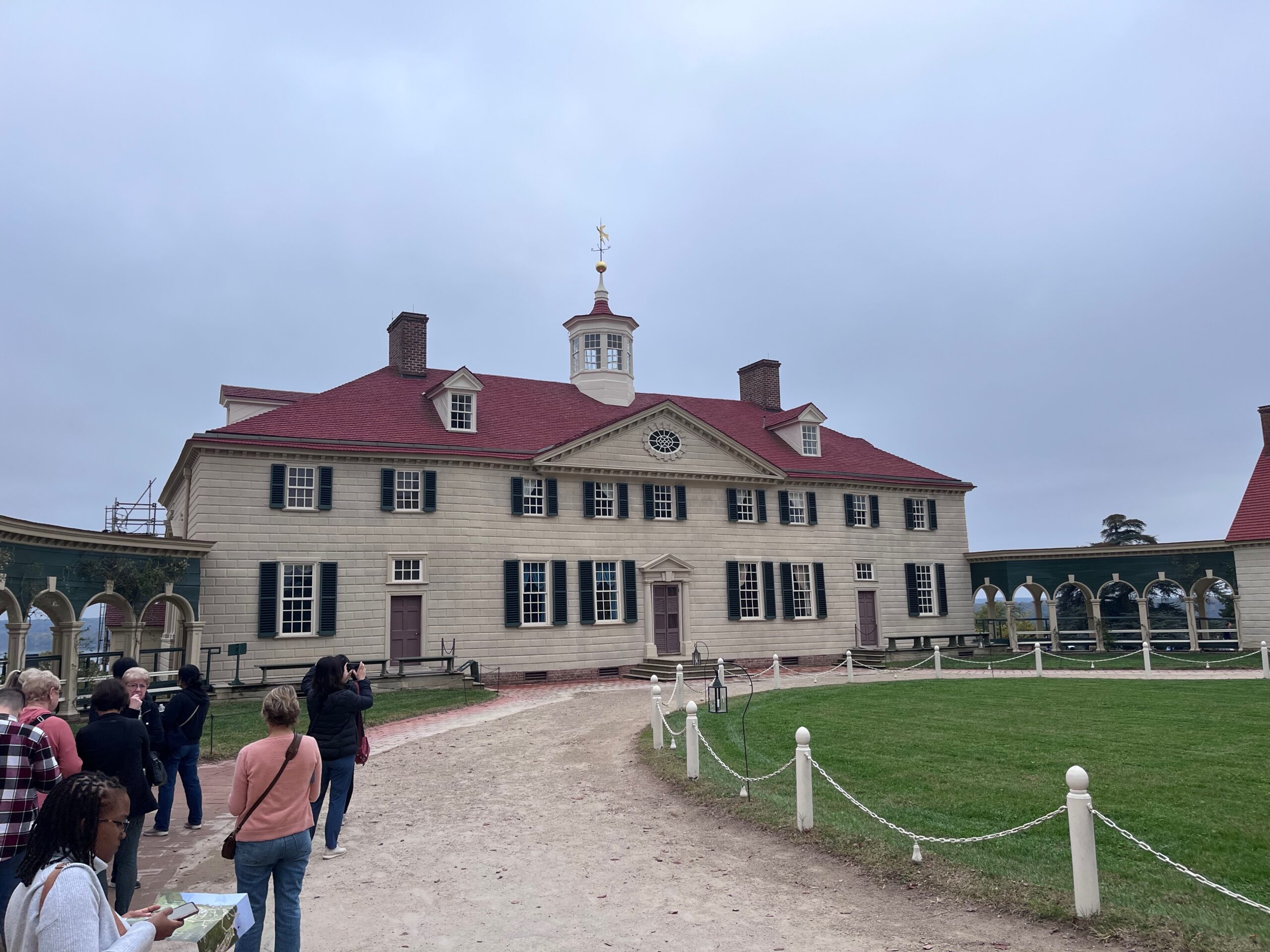 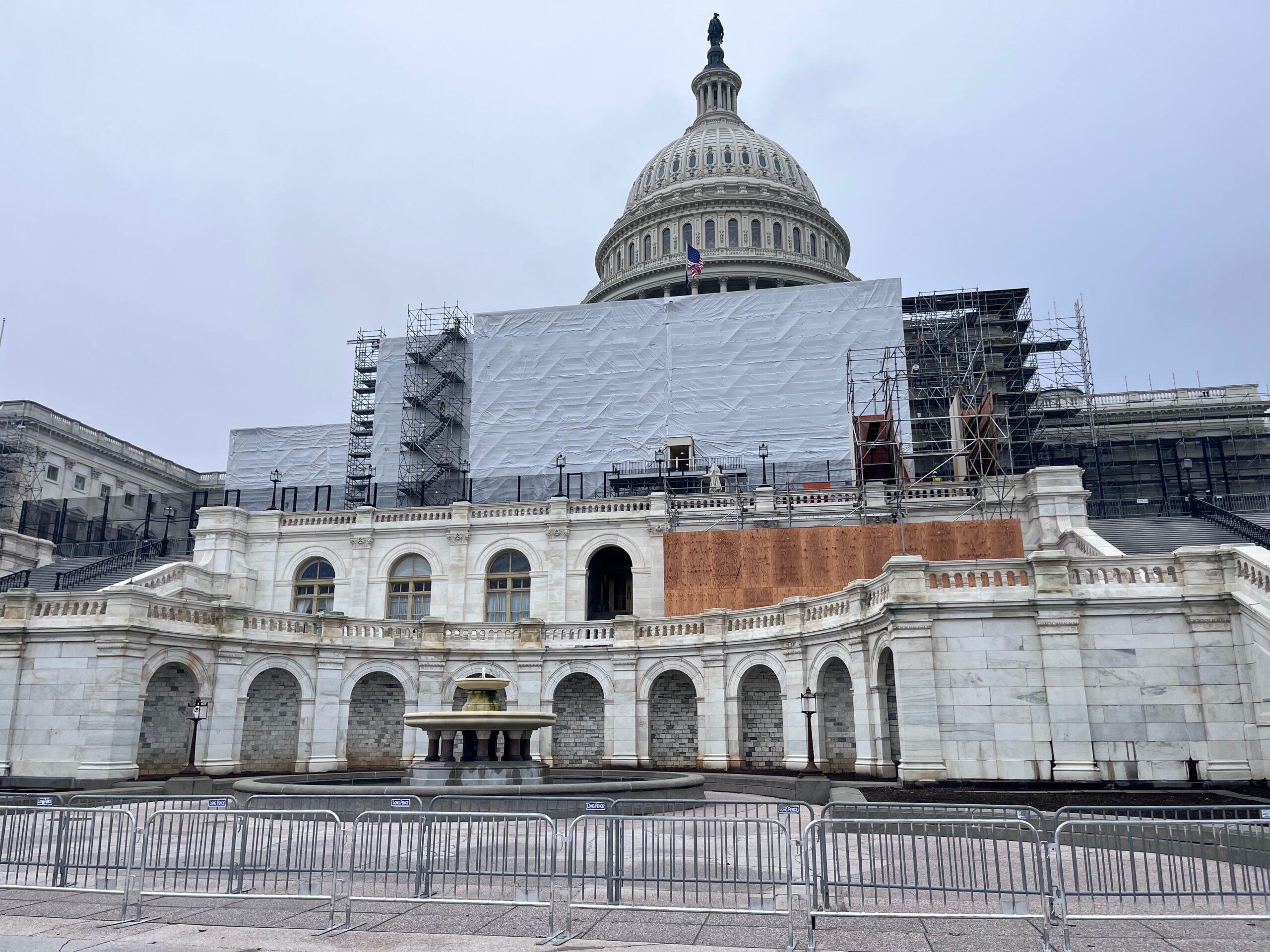 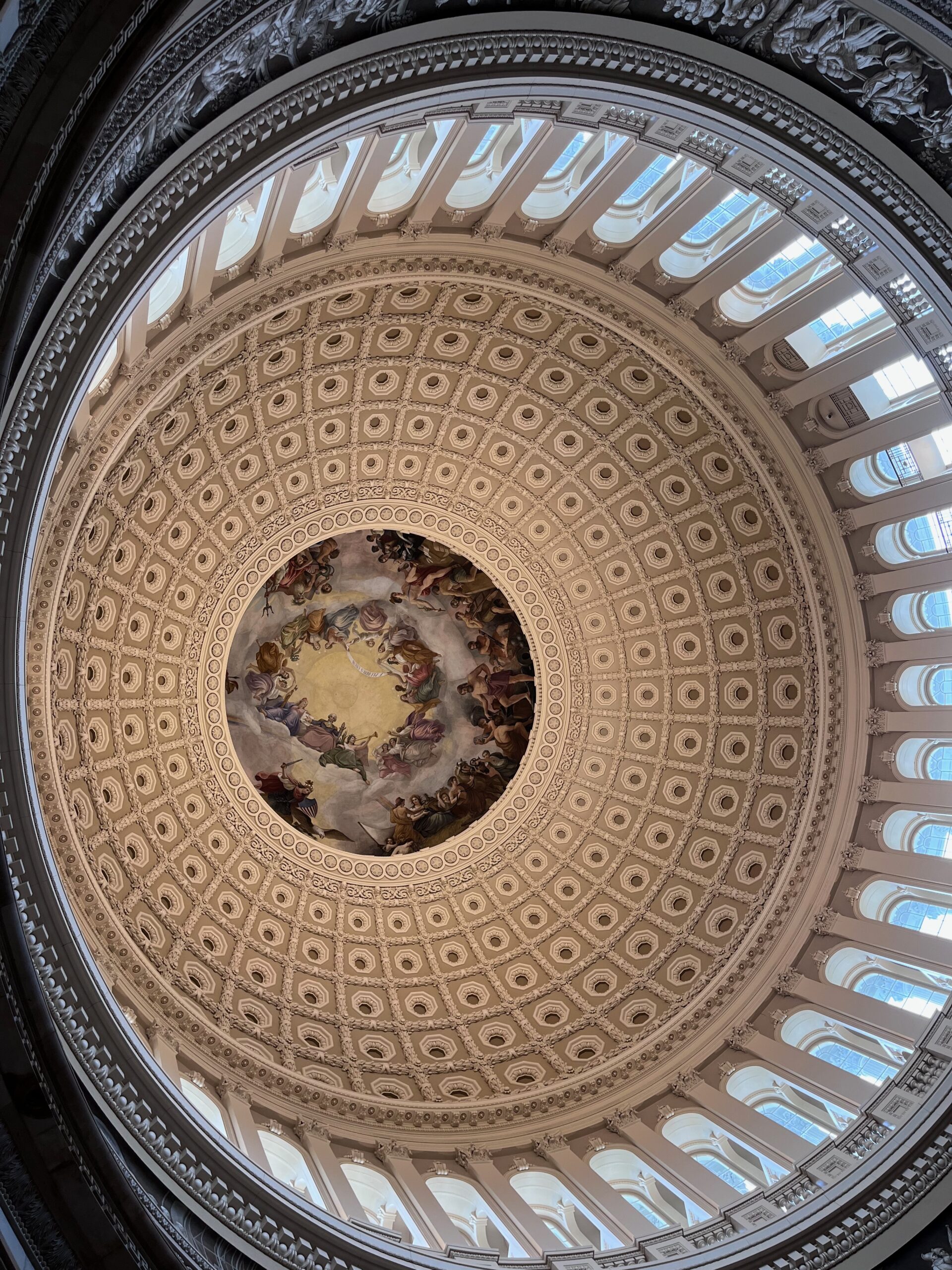 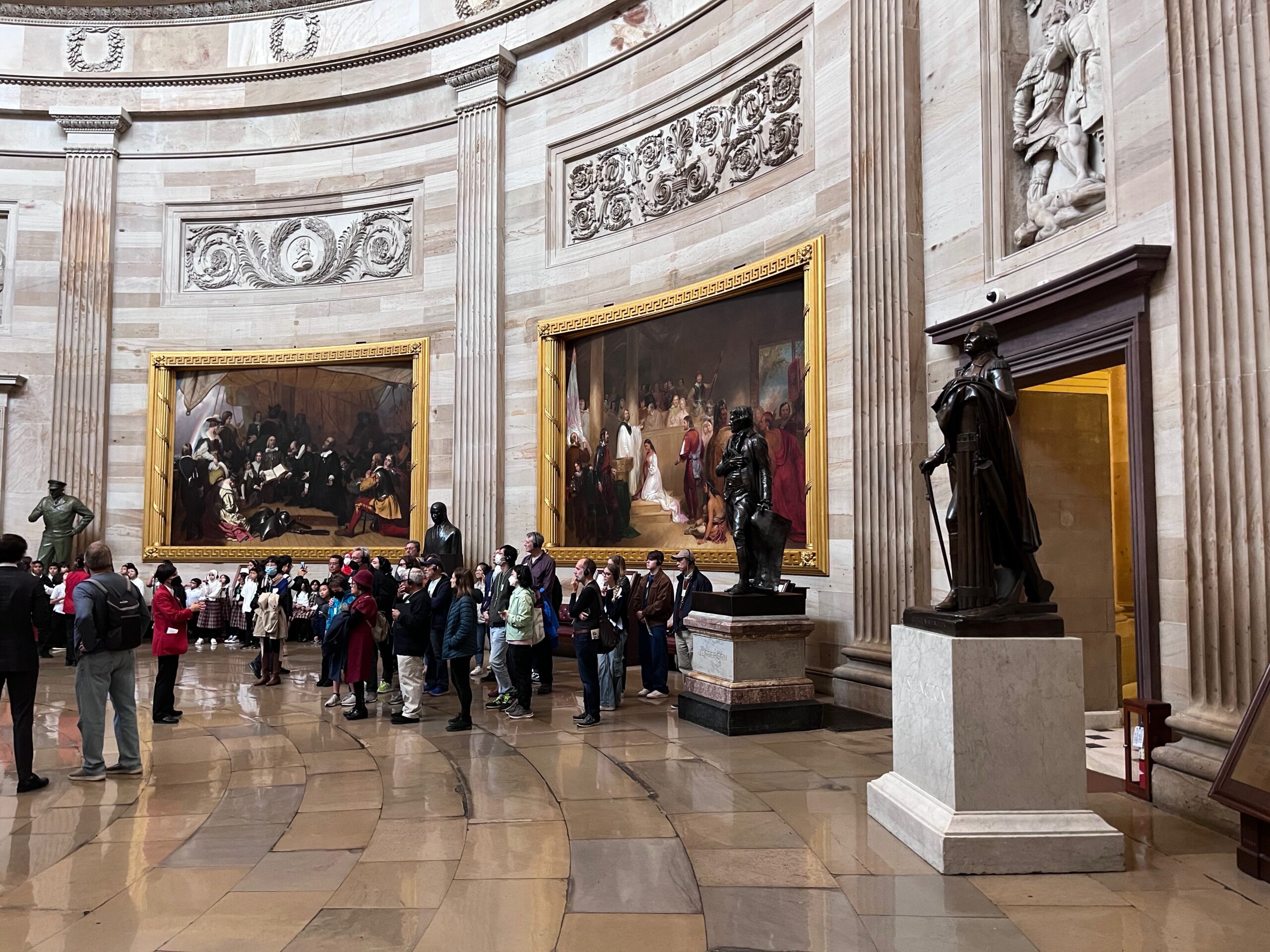 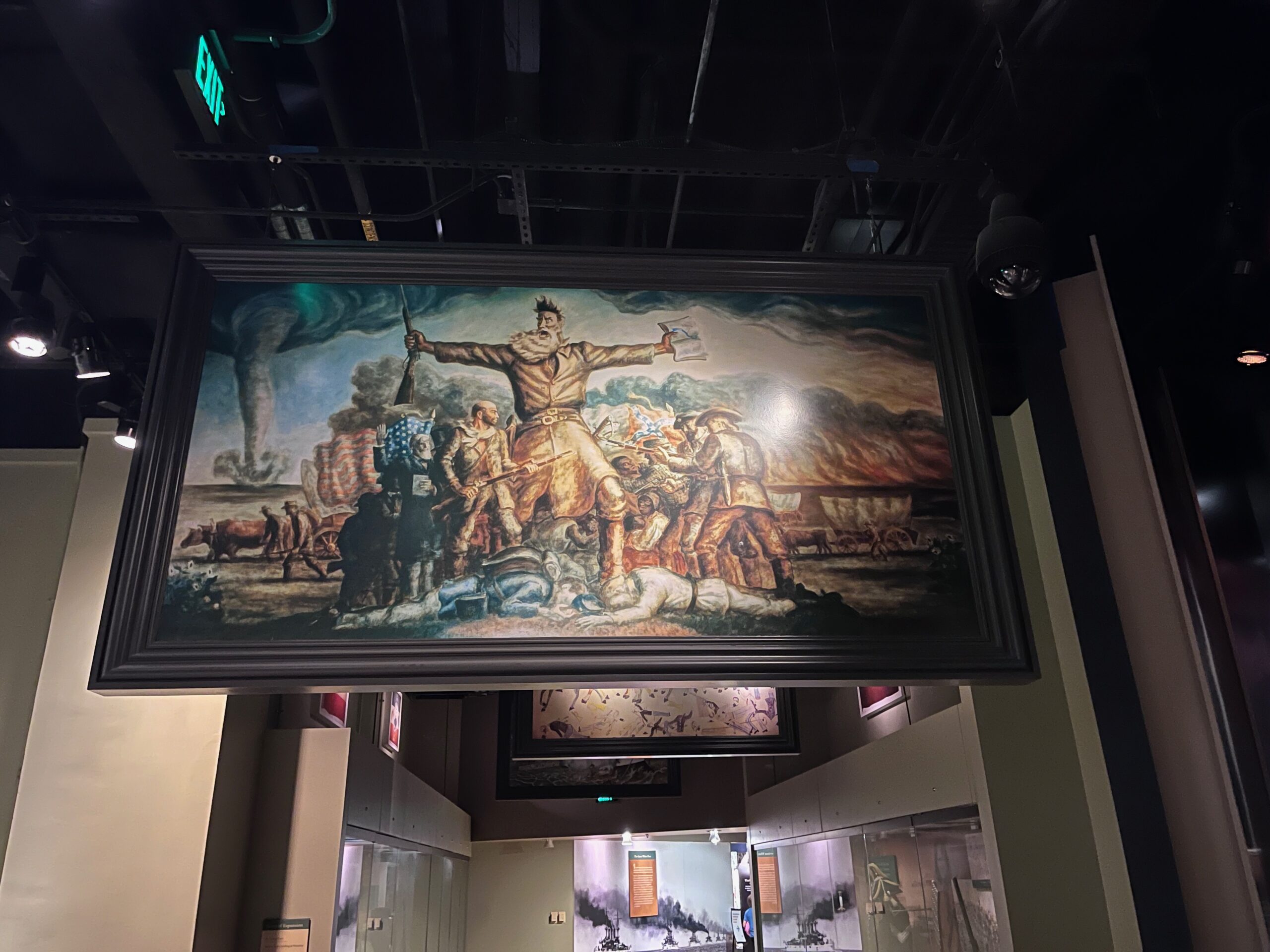 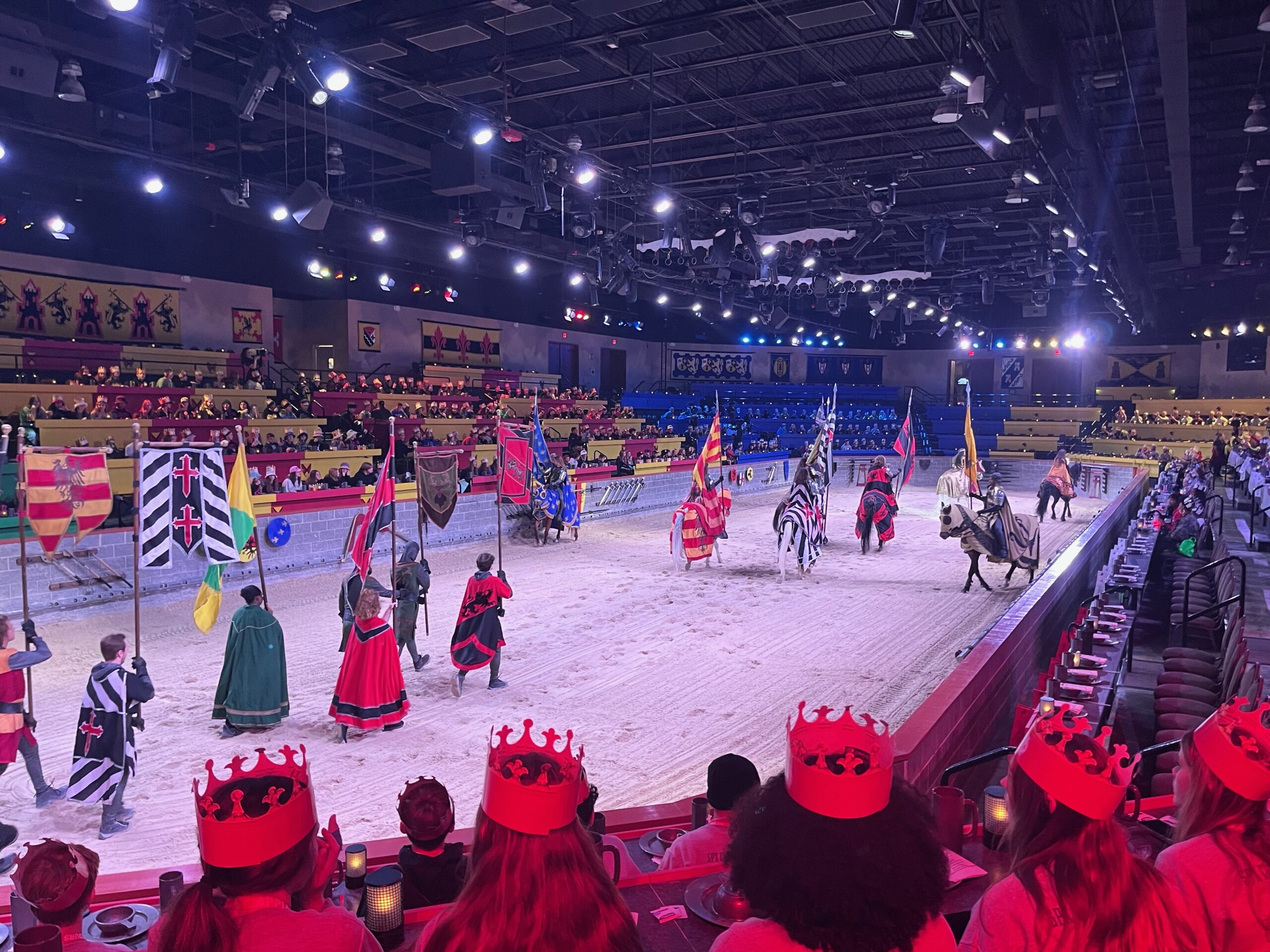 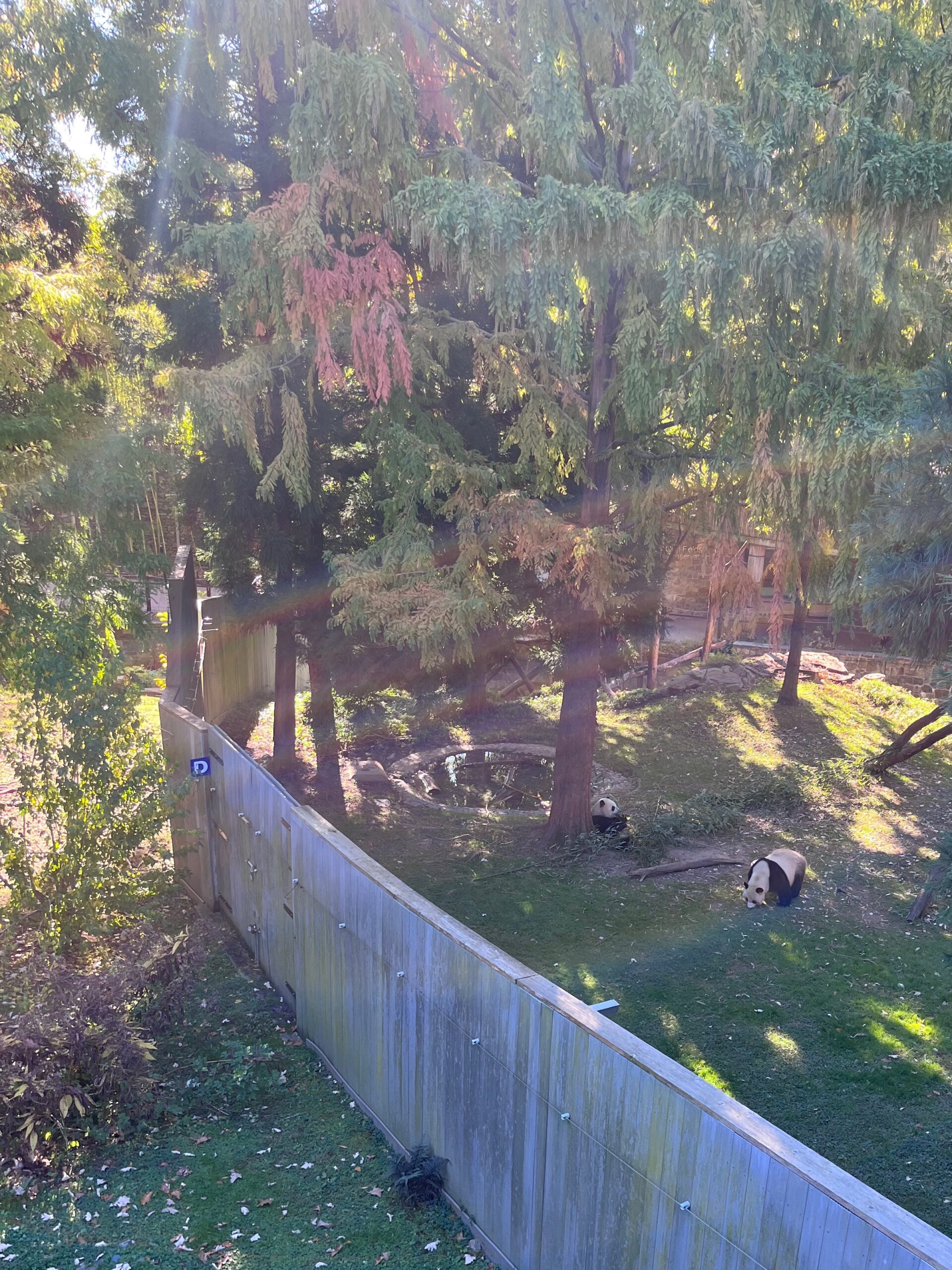 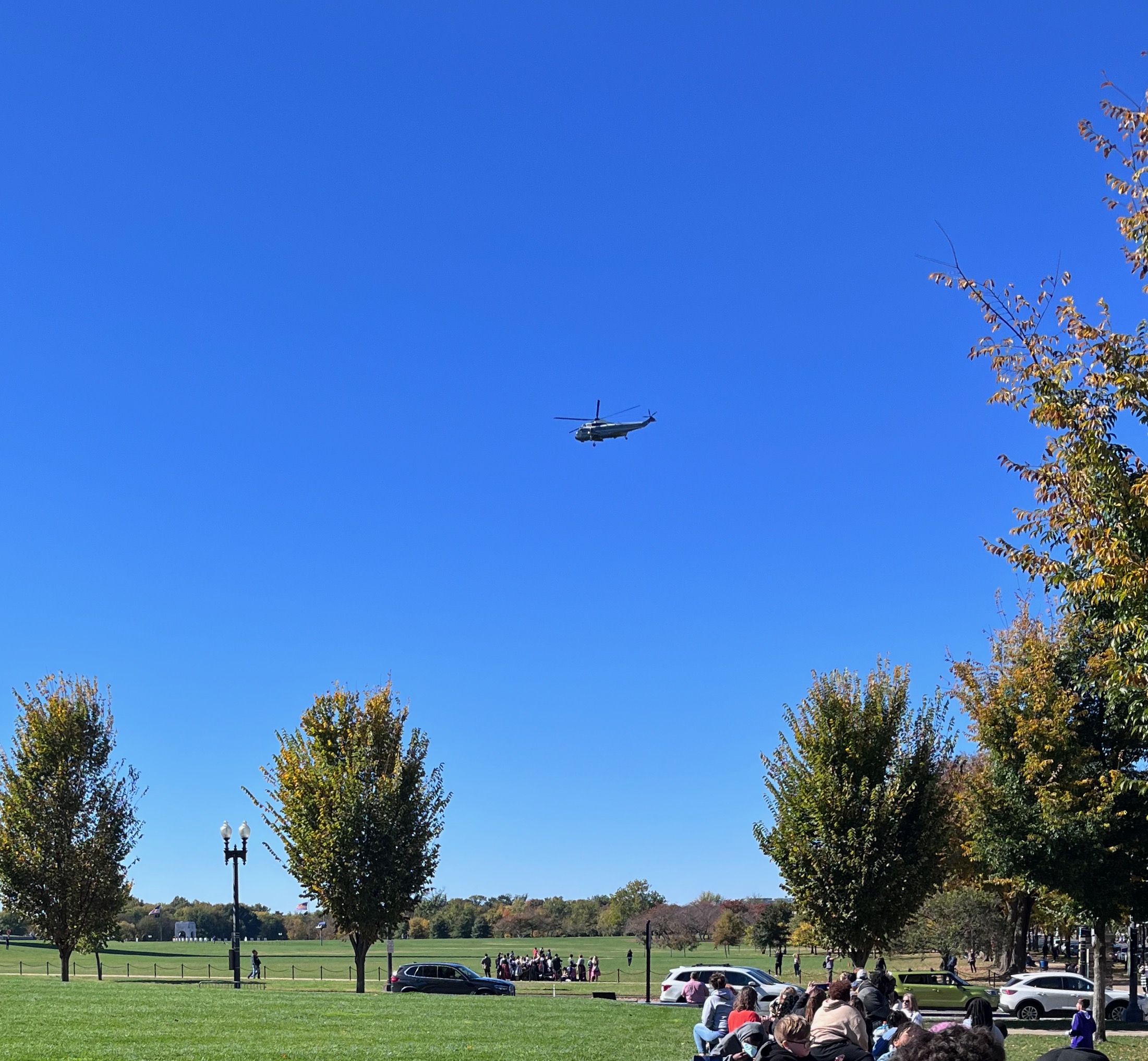 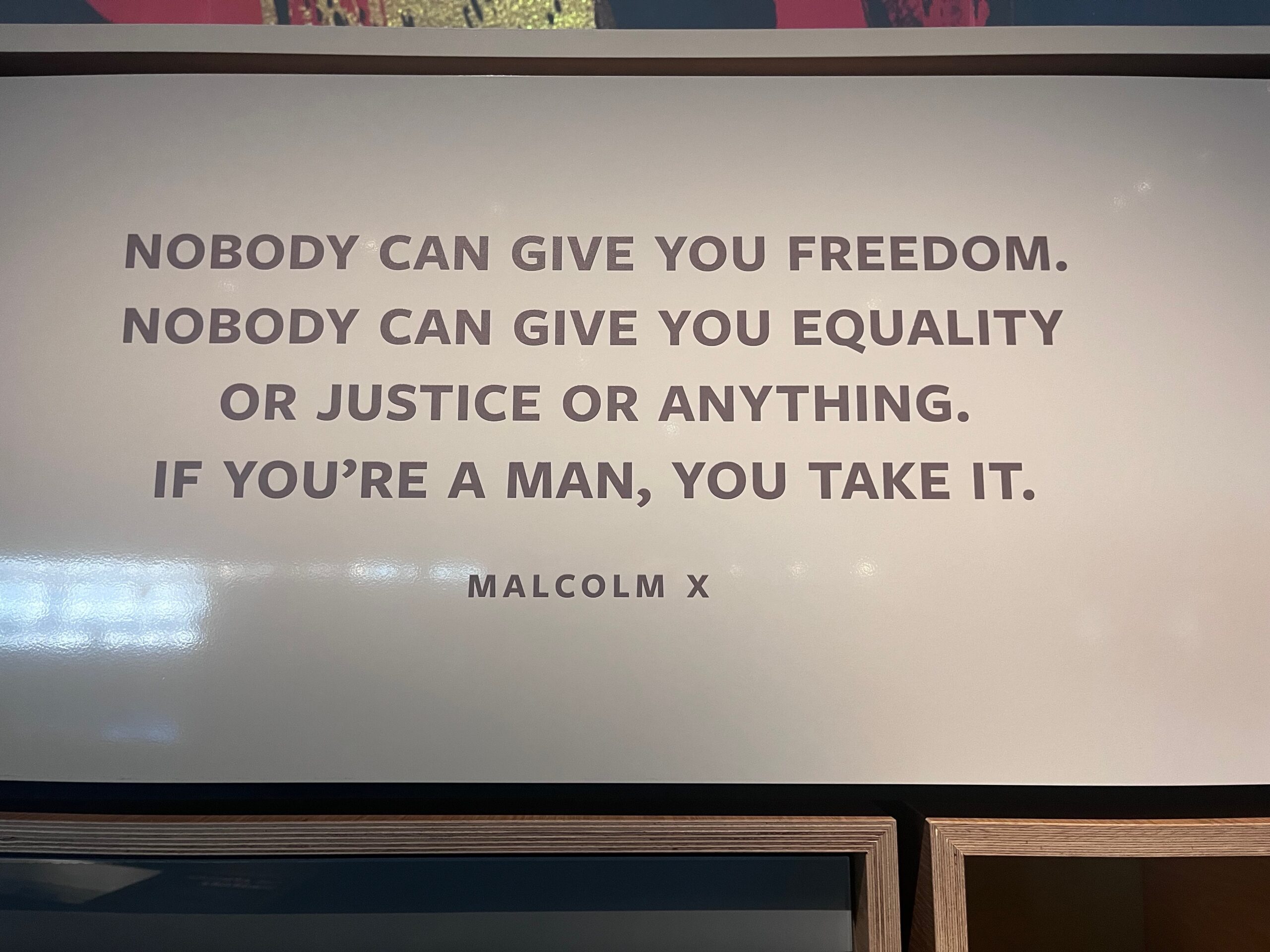 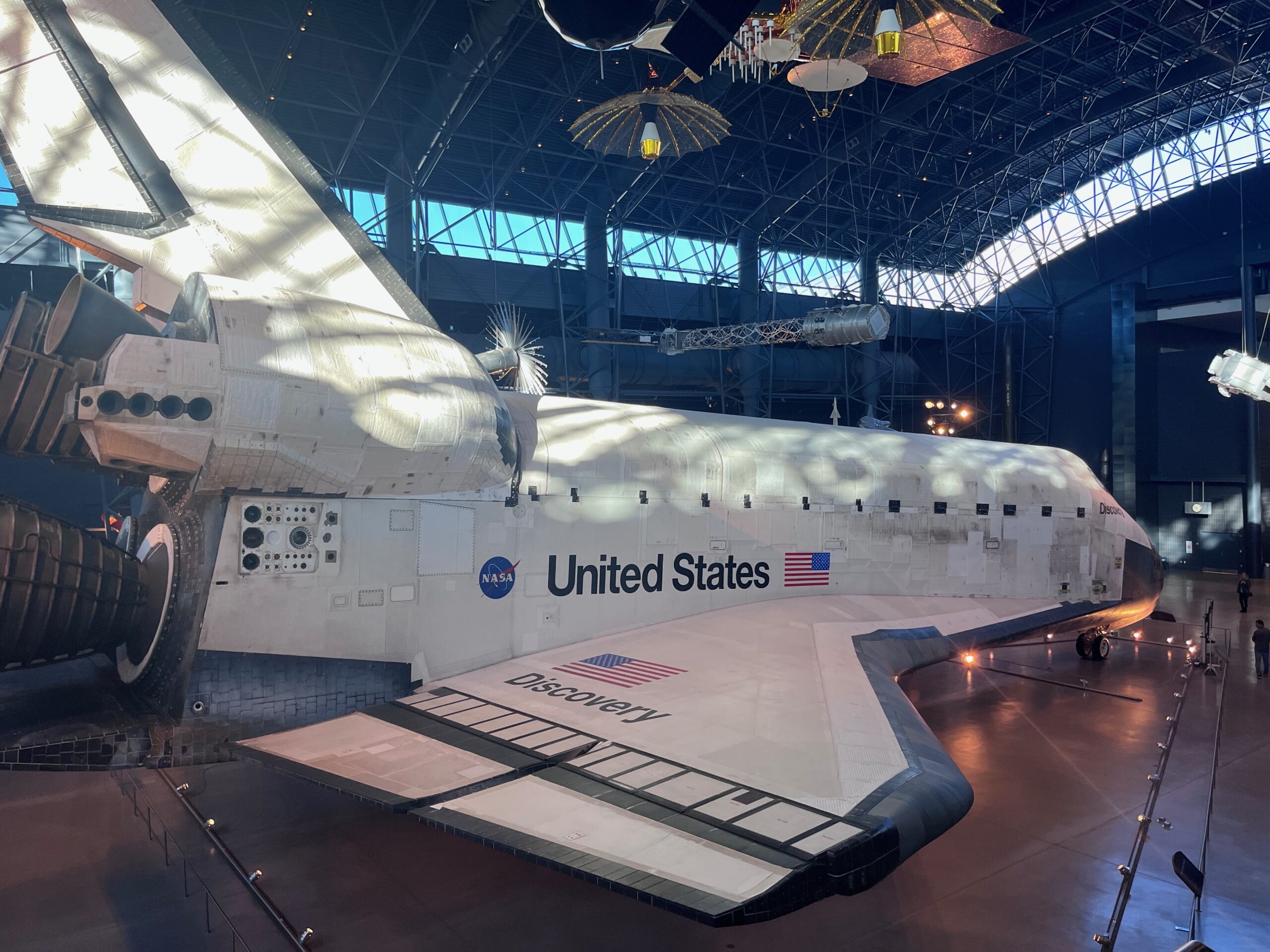