Another Night of Music

Two concerts in a week! Both at new venues (to me)! Quite a run!

Last night was a little extra special. Not only did we go see The Lumineers, one of S’s favorite bands, but we took all three girls with us. It was the first official show for C and L, although they had seen Blues Traveler at Symphony on the Prairie years ago. C barely remembers that and L doesn’t at all, plus they had no idea who Blues Traveler was, so I think this counts as their first real concert. M was quick to remind everyone that she’s been to lots of concerts. She was kind of snotty last night.

The show was at the big, suburban, outdoor concert venue here, which like many of them around the country has had about 10 names in the 19 years I’ve lived here. It also isn’t nearly as isolated as it was the last time S was here 20-some years ago. L has played basketball right across the street and there are neighborhoods and industrial parks that butt up to every side of the property now. I guess it used to truly be in the boonies. Progress!

Believe it or not, this was my first-ever visit. Which seems crazy if you follow along here, or just know me and how much I love music and how much time I spend listening to (mostly) new music. As I’ve documented before, though, I’ve never been a big concert guy, for reasons I’ve never really understood. In the time we’ve lived here I think most of it is because it took me years to find friends who were interested in the same music I am into. Plus I don’t like going to shows just because it’s a band you’ve heard of and lots of people were going. To be honest, I wouldn’t have gone last night if the whole family wasn’t going. I like a few Lumineers songs, but do not go out of my way to listen to them.

We had lawn tickets. Our friends we were sitting with got there super early and grabbed a spot in the very front, near center, and rented chairs, so we were in a great spot to people watch in the aisle in front of us and a decent spot to watch the show.

Caamp was the opening band, and we walked in while they were in the midst of their set. I know one of their songs, which they smartly saved for the end of their set (“Peach Fuzz”). I thought it was a little strange that The Lumineers picked a band that sounded so much like them as the opener. At one point Caamp played the first 30 seconds or so of a Lumineers song, including the opening verse, and I wondered why the hell the Lumineers lead singer was out with the opening band. It was just the Caamp lead singer, who can sound an awful lot like the Lumineers singer when he wants to, getting a reaction from the crowd.

The main set was really good. The sound was excellent and The Lumineers pass the most important test for someone like me who isn’t a big fan: they sound live very close to how they sound on their records. The lead singer’s voice is pretty much exactly what you hear on the radio. I always thought of them as more of an American Mumford and Sons, but seeing their stage setup, complete with accordions and multiple drum sets, they struck me as closer to Arcade Fire than Mumford.

They dropped a couple hits early (“Cleopatra,” their one song I really like was second; “Hey Ho” was right after) which was interesting. They were leaning into the newer stuff, for sure. They played well over 20 songs but the set moved pretty quickly and the show clocked in right at two hours.

We snuck out in the midst of the last song to beat some of the notoriously bad traffic, much to M’s chagrin. She insisted we needed to stay to hear every second, so we walked off without her, and then she pouted all the way home. It’s fun when she acts like a teenager! We made it home in less than 30 minutes, which we would not have done had we waited around for the last song to finish. She learned a valuable lesson.

The only downside to the night was it was roughly 25 degrees warmer than last week when we saw The War on Drugs. Just sitting in the semi-shade waiting for the show to start made us drip with sweat. Thank goodness there was a little breeze and we were only in direct sun for about 15 minutes. We saw several people getting wheelchair-ed out with bags of ice strapped to their bodies. I think those people made some choices you can’t make when the heat index is 105.

The age range of attendees was a lot broader than last week, too. Tons of middle/high school kids and plenty of folks our age, but the bulk of the crowd was in their 20s and 30s. It’s been awhile since I’ve been to a show that was dominated by the kids like that. There were tons of white chicks in sundresses dancing in the aisles. Which is never a bad thing.

All-in-all, not a terrible way to spend a hot summer night. 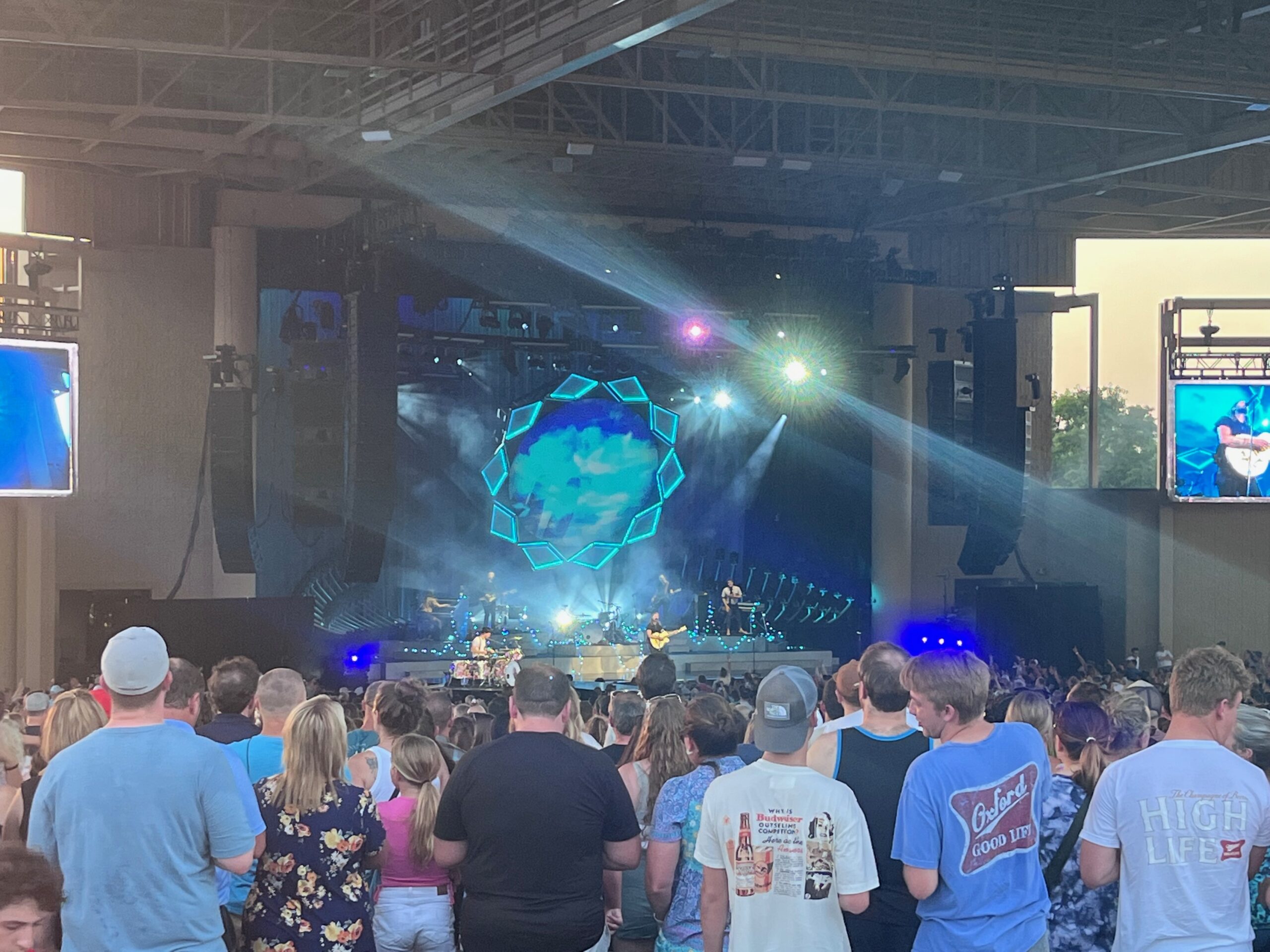 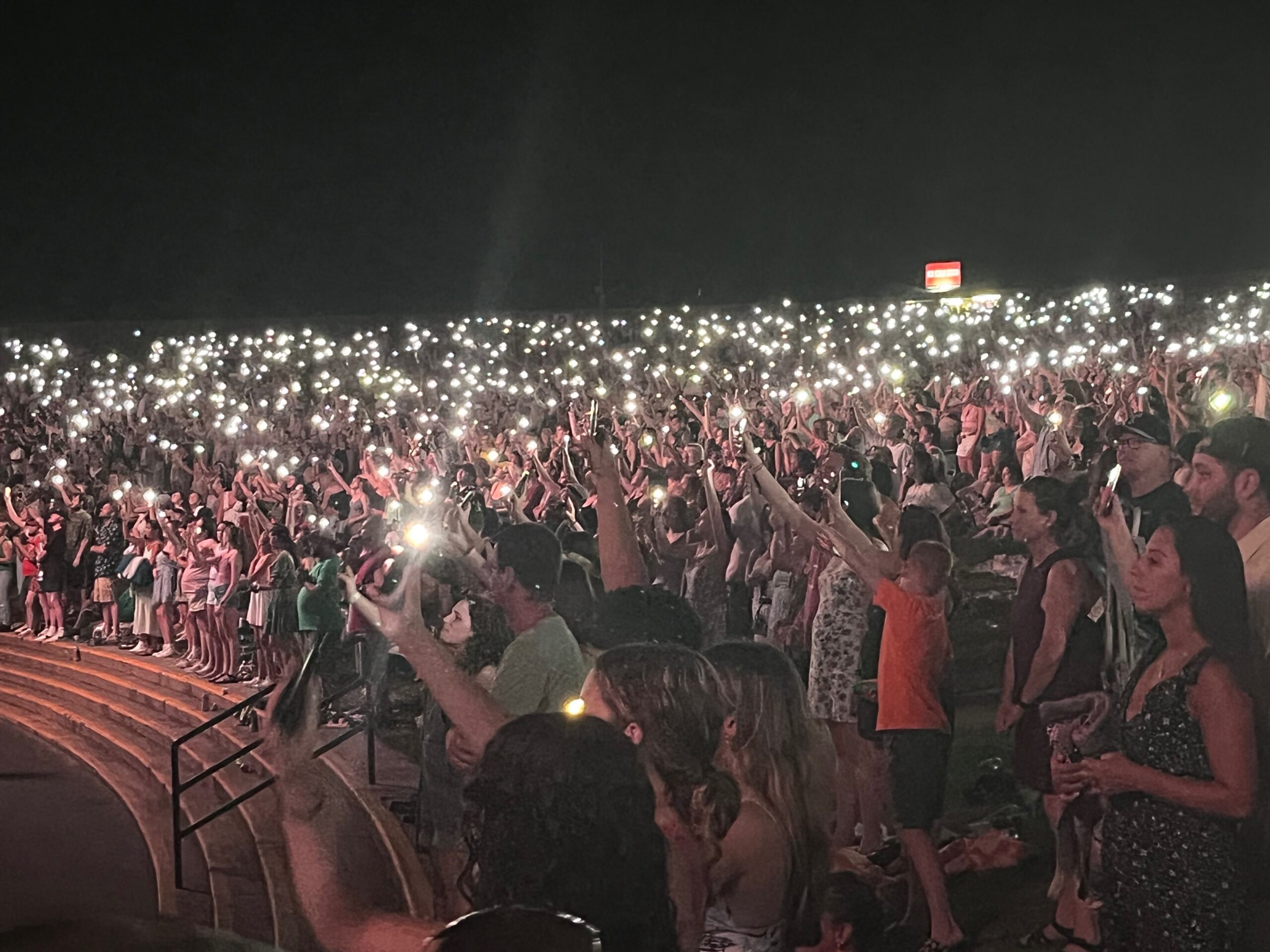 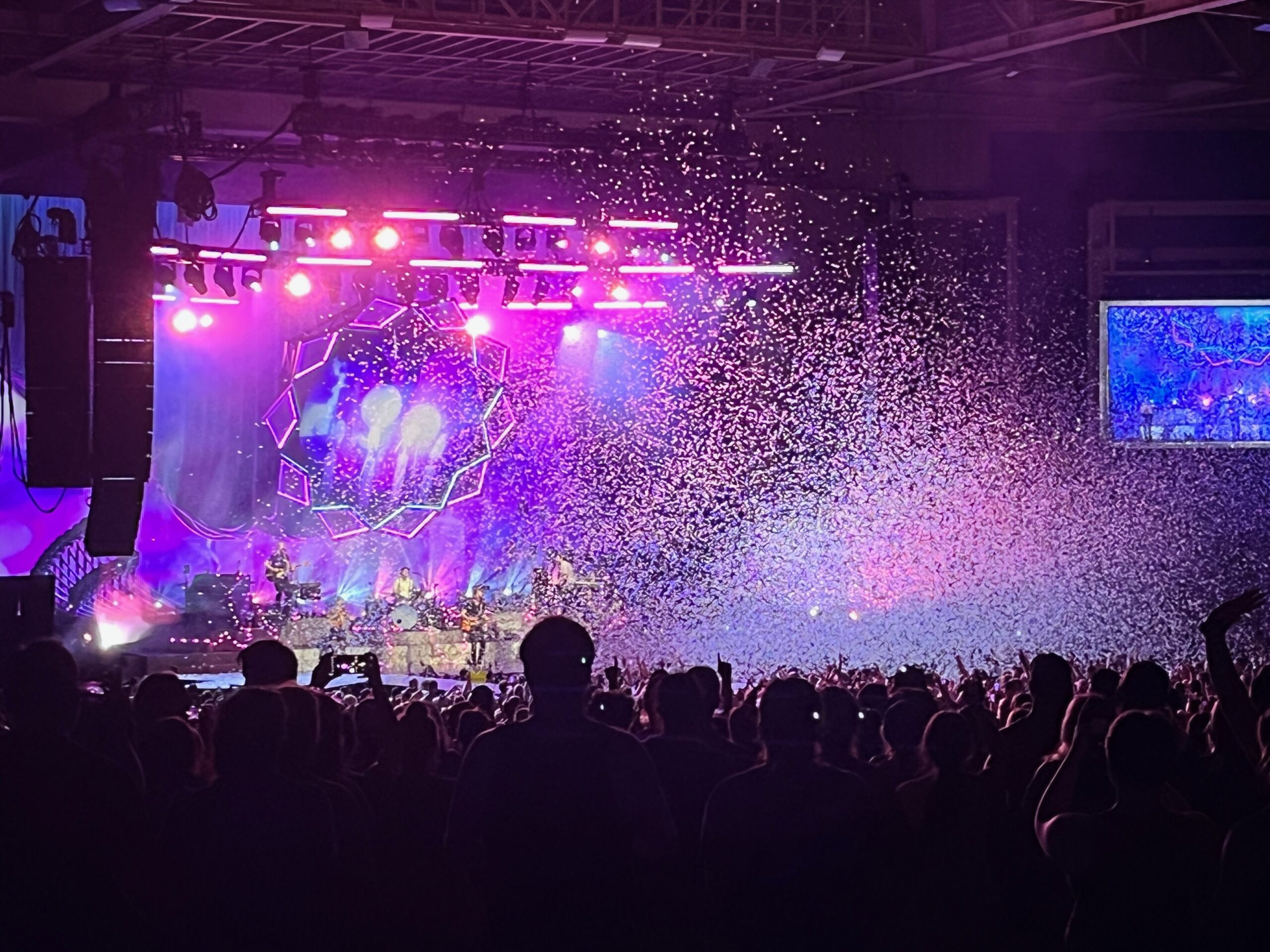